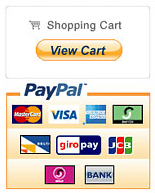 About KIYOSEN
Advantage of Direct Shipment from the Farm
Guide of Uji,Kyoto
How to Brew Tasty Tea
News from KIYOSEN
For Business Use

From the birthplace of Japanese tea,
Uji Tawara Kyoto

Japanese tea originated in Uji, a hilly district extending south and east of Kyoto, one of the oldest towns in Japan. Kyoto developed as a center of Japanese politics, culture and religion since emperor Kanmu founded the city in 794. In Uji the development and expansion of tea manufacturing methods were profoundly influenced by Japanese Buddhist culture, including Zen and the traditions of the tea ceremony established by Sen no Rikyu in the 17th century in Kyoto.

The development and production of Sencha first started in Japan in the Edo era. The Sencha from Uji then spread all over Japan as a signature of high quality tea and also of tea drinking customs.